Employer of Record (EOR) in Algeria 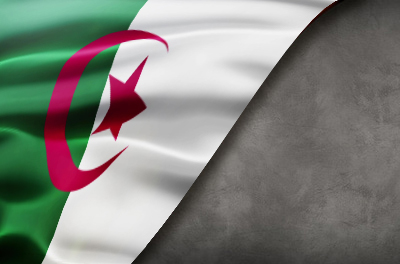 Algeria has the largest land area on the continent. The coastline has numerous bays, and the country’s rivers are small and generally seasonal. Northern Algeria is mountainous and is crossed from east to west by the Atlas Mountains; its highest point, elevation 7,638 ft (2,328 m), is Mount Chélia.

In central and southern Algeria is much of the northern Sahara. Algeria has a developing economy based primarily on the production and export of petroleum and natural gas.

After achieving independence, the country nationalized much of its economy but since the 1980s has privatized parts of the economy.

Algeria is a multiparty republic with two legislative bodies; its head of state is the president, and its head of government is the prime minister. Phoenician traders settled there early in the 1st millennium BCE; several centuries later the Romans invaded, and by 40 CE they had control of the Mediterranean coast. The fall of Rome in the 5th century led to an invasion by the Vandals and later to a reoccupation by the Byzantine (Eastern Roman) Empire.

The Islamic invasion began in the 7th century; by 711 all of northern Africa was under the control of the caliphs of the Umayyad dynasty. Several Islamic Amazigh empires followed, most prominently the Almoravid (c. 1054–1130), which extended its domain to Spain, and the Almohad (c. 1130–1269).

The Barbary Coast pirates menaced Mediterranean trade for centuries; their raids served as a pretext for France to enter Algeria in 1830. By 1847 France had established military control over most of the region and by the late 19th century had instituted civil rule. Popular protest against French rule resulted in the bloody Algerian War (1954–61); independence was achieved following a referendum in 1962. Beginning in the early 1990s, Islamic fundamentalist opposition to secular rule led to an outbreak in civil violence between the army and various Islamic extremist groups.

The paid leave is calculated at the rate of two and a half days per month of work without the overall duration exceeding 30 calendar days per year of work.

There are 10 public holidays in Algeria.

A female employee is entitled to 14 weeks’ fully paid maternity leave, provided that the employee has worked: at least either 15 calendar days or 100 hours during the three months preceding the date of the first medical acknowledgment of pregnancy.

Male employees can take three days of paid paternity leave as long as they submit a written notice and reason.

The notice period is six months (or up to 12 months for skilled employees), plus five days for each year of service up to a maximum of 30 days. Employees should get compensation in cash if they are dismissed, for several reasons. They have worked for the company for at least two years.

Employees receive 15 days of severance pay per year of service after 2 years of service.

The general probation period in Algeria is 6 months

The standard workweek in Algeria consists of a maximum of 40 hours per week (8 hours a day, 5 days a week)..

Corporate Tax: Corporate Income Tax (CIT) is set at the rate of: 19% for manufacturing activities. 23% for building activities, public works, and hydraulics, as well as tourist and thermal activities, excluding travel agencies. 26% for all other activities not mentioned above

Most visitors to Algeria must get a visa from one of the designated Algerian diplomatic missions (consulates or embassies) unless the traveler comes from one of the visa-free countries. Also, visitors must have a passport with at least 6 months of validity from the date of entry into Algeria.

To this day, visitors from only a selected few countries do not need a visa to enter Algeria. Passport holders from 7 other North and East African countries can gain visa-free access to Algeria for stays up to 90 days, regardless of the travel purposes (either business or tourism).

We also remind all travellers that there’s currently an Algeria visa ban in place against citizens of Israel, as Israelis are not allowed to enter the country, including to transit to an onward country.

The stay allowed and validity of an Algeria visa from an embassy, as well as whether it is assigned as a single entry or multiple entry document, depends on the purpose of the visit.

The good news is that the Algerian government has announced that soon, an eVisa for Algeria will be available and it will be part of the official Algeria Visa Policy. It will be an important step to facilitate tourism and business travel for visitors from a range of countries around the world.

This electronic visa process will remove the long processing times currently required to get an embassy visa.

It’s important to mention that all travelers wishing to visit Algeria, regardless of needing a visa or not, must have a passport valid for at least 6 months from the intended date of entry.