Employer of Record (EOR) in Cyprus 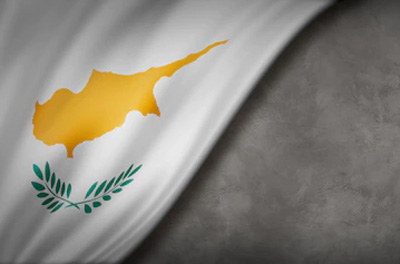 Cyprus is an island country in the eastern Mediterranean Sea, officially known as the Republic of Cyprus. It is located south of Turkey, west of Syria, northwest of Lebanon, Israel, and Palestine, north of Egypt, and southeast of Greece, and is the third largest and third most populated island in the Mediterranean.

Nicosia is the capital and largest city of Cyprus. The first human activity on the island is thought to have occurred during the 10th millennium BC. The well-preserved Neolithic settlement of Khirokitia is one of the oldest water wells in the world, and Cyprus is home to some of the world’s oldest water wells.

In the second millennium BC, Mycenaean Greeks settled Cyprus in two waves.

As a strategic position in the Eastern Mediterranean, it was subsequently controlled by a number of major forces, including the Assyrian, Egyptian, and Persian empires, from whom Alexander the Great captured the island in 333 BC.

Ptolemaic Egypt, the Classical and Eastern Roman Empires, Arab caliphates for a brief time, the French Lusignan dynasty, and the Venetians were all followed by over three centuries of Ottoman rule between 1571 and 1878.

Cyprus was put under the UK’s administration in 1878, and was officially annexed by the UK in 1914, based on the Cyprus Convention.

The Greek Cypriot community sought enosis, or union with Greece, from the 19th century onwards, which became a Greek national policy in the 1950s. he Turkish Cypriot population initially supported British rule, then requested the island’s annexation to Turkey, and, in the 1950s, jointly with Turkey, developed a taksim regime, partitioning Cyprus and establishing a Turkish polity in the north.

Cyprus gained independence in 1960 after nationalist turmoil in the 1950s. The crisis of 1963–64 exacerbated intercommunal conflict between the two groups, resulting in the displacement of over 25,000 Turkish Cypriots into enclaves and the elimination of Turkish Cypriot representation in the republic. In an attempt at enosis, Greek Cypriot nationalists and elements of the Greek military junta staged a coup on July 15, 1974. This intervention sparked the Turkish invasion of Cyprus on July 20, which resulted in the conquest of the present-day territory of Northern Cyprus and the displacement of over 150,000 Greek and Turkish Cypriots.

In 1983, Turkey unilaterally declared a separate Turkish Cypriot state in the north; the decision was widely criticized by the international community, with Turkey being the only country to recognize the new state. These incidents, as well as the subsequent political situation, are still a source of contention. the people of Arabia together and established a single Islamic religious polity in the early seventh century. Following his death in 632, his followers quickly spread Muslim rule beyond Arabia, capturing vast and unparalleled swaths of land in a matter of decades.

The Rashidun, Umayyad, Abbasid, and Fatimid caliphates, as well as various other dynasties in Asia, Africa, and Europe, were established by Arab dynasties originating in modern-day Saudi Arabia. The area of modern-day Saudi Arabia was previously divided into four distinct historical regions: Hejaz, Najd, parts of Eastern Arabia, and Southern Arabia. King Abdulaziz founded the Kingdom of Saudi Arabia in 1932. Through a series of conquests, he unified the four regions into a single state, starting in 1902 with the capture of Riyadh, the ancestral home of his ancestors, the House of Saud. Since then, Saudi Arabia has become an authoritarian absolute monarchy ruled by an Islamist hereditary dictatorship. The Wahhabi religious movement within Sunni Islam has been dubbed “the dominant characteristic of Saudi culture,” with its global expansion largely funded by the oil and gas trade. The two holiest mosques in Islam, Al-Masjid al-Haram and Al-Masjid an-Nabawi, are often referred to as “the Land of the Two Holy Mosques.” Arabic is the state’s official language. On March 3, 1938, petroleum was found, followed by several other discoveries in the Eastern Province.

Except in particular cases where there are applicable legislation in force or where  it is given in the work contract, sick leave and its reimbursement are not subject to  laws. Sick compensation begins on the fourth day of leave under social security law.

Maternity allowance is paid to natural mothers for a period of 18 weeks starting between the ninth and second weeks before the week of the expected birth..

The employment agreement should specify the procedure for  terminating employment.

There is a minimum probation period of six months prescribed by law, during which an employer may dismiss an employee without cause. This period may be extended for up to two years, provided that there is a written agreement to that effect between the employer and the employee made at the inception of the employment.

The standard workweek is forty hours spread over five days, but a six-day work-week is possible.

Employers who employ night workers on a regular basis must notify the Ministry of Welfare, Labor, and Social Insurance in writing and must provide night workers with medical examinations at the employer’s expense prior to beginning night work to ensure their health.

Additionally, the  employer must  ensure that  night workers are examined on a regular basis while they continue to work at night.

Numerous workers in Cyprus are covered by collective bargaining agreements  (probably half or more, although no official figure is available), and these agreements may specify specific working hours.

Cyprus provides universal health care, and individuals who are not insured by the government system may utilize public medical facilities for a fee. Medical benefits are income-based. Benefits that are frequently given include a provident (pension) fund, health insurance, parking, a vehicle allowance, a gym allowance, a food allowance, and a phone allowance.

Corporate taxation is imposed at a rate of 12.5%. There are many deductions available, including interest, the cost of acquiring other businesses, and  the employer’s contribution to social security.

n the long-term, the Cyprus Personal Income Tax Rate is projected to trend around 35.00 percent in 2023

The majority of sales of goods and services are subject to VAT. In 2014, the standard rate is 19 percent, up from 17 percent in 2013. Groceries, books, and lodging services are taxed at a reduced rate of 9%. Cyprus’s VAT is a component of the European Union’s value-added tax system. VAT is not levied on some products and services. This covers exports, financial services, and rent, among other things.

Employers of foreign nationals in Cyprus have various alternatives under the Cyprus immigration system. Cyprus is a member of the European Union. The requirements, processing dates, work eligibility, and perks for accompanying family members differ depending on the kind of permission.

If they are not visa-exempt due to their nationality, business travellers must get a business visa to go to Cyprus. Business trips are restricted to 90 days in 180 days and must be accompanied by a written support or invitation letter explaining the type and length of activity.