Employer of Record (EOR) in Egypt 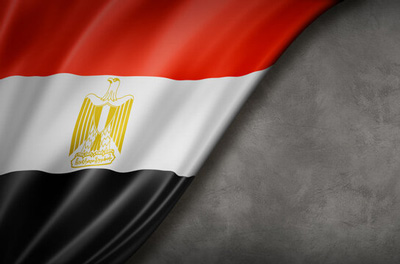 Egypt, officially the Arab Republic of Egypt, is a transcontinental country that spans the Sinai Peninsula, which connects the northeastern corner of Africa to the southwest corner of Asia.

Egypt is a Mediterranean country bordered to the northeast by the Gaza Strip and Israel, to the east by the Gulf of Aqaba and the Red Sea, to the south by Sudan, and to the west by Libya.

Jordan is across the Gulf of Aqaba, Saudi Arabia is across the Red Sea, and Greece, Turkey, and Cyprus are across the Mediterranean, but none of them share a land border with Egypt.

Egypt has one of the longest histories of any nation, dating back to the 6th–4th millennia BCE along the Nile Delta. Ancient Egypt is regarded as the birthplace of civilization, having witnessed the emergence of literature, agriculture, urbanization, organized religion, and central government. The ruins of Memphis, Thebes, Karnak, and the Valley of the Kings, as well as the Giza Necropolis and its Great Sphinx, represent this legacy and remain a significant subject of science and popular interest.

Egypt’s long and rich cultural heritage is an important part of its national identity, reflecting the country’s unusual transcontinental position, which encompasses the Mediterranean, Middle East, and North African regions.

Egypt was an early and important Christian center, but was largely Islamized in the seventh century and is now mostly Muslim, though with a substantial Christian minority.

Egypt became a monarchy in 1922, when it declared independence from the British Empire. Egypt proclaimed itself a republic after the 1952 revolution, and in 1958 it joined with Syria to create the United Arab Republic, which lasted until 1961.

Egypt experienced social and religious unrest as well as political turmoil in the second half of the twentieth century, fighting numerous armed conflicts with Israel in 1948, 1956, 1967, and 1973, and occupying the Gaza Strip intermittently until 1967.

Egypt signed the Camp David Accords in 1978, formally withdrawing from Gaza and acknowledging Israel. Political instability, including the recent 2011 revolution and its aftermath, as well as terrorism and economic underdevelopment, continue to plague the region.

Egypt’s official religion is Islam, and its official language is Arabic.

Egypt is the most populated country in North Africa, the Middle East, and the Arab world, with over 100 million people, the third most populous in Africa, and the thirteenth most populous in the world. Most of its inhabitants live along the Nile River’s banks, which cover an area of about 40,000 square kilometers and contain the only arable land in the country.

Employees are entitled to a maximum of 180 days sick leave per year but this leave must be certified by a medical professional. For the first three months, employees will receive 75% of their monthly social insurance salary and 85% for the second three months.

Women in the workforce now have the right to four months of maternity leave preceding and following childbirth.

There are currently no provisions in the Egyptian law  regarding paternity leave.

Paternity leave is not stipulated by the Egyptian labor-law. However, MSA will provide three paid parental leave days after childbirth.

Both parties can terminate an open-ended contract, provided that the notice period as well as writing procedures is respected. In regard to the notice period, it shall be two months if the worker’s uninterrupted period of service is less than ten years, and three months if that period exceeds ten years.

Employees in Egypt are typically hired with an initial probationary period. The length of the probation period is fixed by contract and, by law, cannot exceed three months. There can be only one probation period.

The standard workweek is 48 hours and each day is  eight hours, with at least one hour of rest.  Employees should receive a minimum  of  24 hours of rest per week.

An employee shall not be required to work more than  five consecutive hours per day without taking at least ten  hours of rest,  including overtime.

Daily overtime is limited to two hours. Overtime is  compensated at a rate of 135 percent of regular pay  during the day and 170 percent during the night.

Private businesses must offer free health care to Egyptian workers, either via the Ministry of Social Insurance’s Medical Insurance Plan or privately.

The value-added tax (VAT) or the goods and sales tax (GST) in Egypt  varies depending on the good or service provided. The standard rate  is 14 percent. A 10-percent tax is imposed on professional services while goods for export are tax-ex-empty.

Foreigners are severely barred from working in Egypt unless they have a valid work permit. The Ministry of Manpower in Egypt issues a work permit that is normally valid for one year.

Before the government will grant a work permit to a foreigner, a labor market test must be performed to demonstrate that no local individuals are qualified for the post.

When a work visa is eventually issued, the applicant is required to train at least two Egyptian natives to work in the same capacity.

Applying for a work visa in Egypt normally takes 1 to 3 months before the candidate is able to visit the country.

The procedure might take another 2 to 4 months to finish.

The work visa is the first sort of visa.

When a foreign citizen obtains a work permit, their visa, which may have been a temporary/tourist visa, is changed into a work visa.

The temporary/tourist visa, on the other hand, is a single-entry 30-day tourist visa that may be obtained upon arrival at Egyptian airports. It is also the visa that people get to work.

An ordinary visa is valid for three to five years and permits an employee’s spouse to obtain a residence permit for the duration of the employee’s work permit.

The special visa is only available to expatriates who were born in Egypt before May 26, 1952, or who have lived in Egypt for more than 20 years after that date.

It is good for 10 years and is renewable.