Employer of Record (EOR) in France 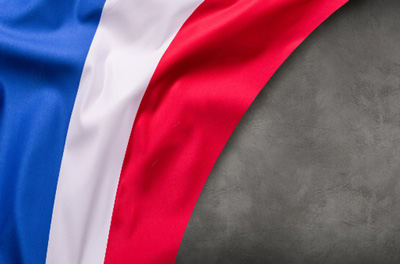 France, officially the French Republic, is a country in Western Europe that consists of metropolitan France as well as several overseas regions and territories.

From the Rhine to the Atlantic Ocean, and from the Mediterranean Sea to the English Channel and the North Sea, France’s metropolitan area stretches.

French Guiana in South America, as well as numerous islands in the Atlantic, Pacific, and Indian Oceans, are among the overseas territories. In the northeast, France is bordered by Belgium, Luxembourg, and Germany; in the east, Switzerland, Monaco, and Italy; in the south, Andorra, and Spain; and in the Americas, the Netherlands, Suriname, and Brazil.

The eighteen integral regions of the country cover a total area of 643,801 km2 and have a population of 67.4 million people. France is a unitary semi-presidential republic with Paris as its capital and most im- portant cultural and commercial center.

Lyon, Marseille, Toulouse, Bordeaux, Lille, and Nice are among the other major cities. With a total of twelve time zones, France, including its overseas terri- tories, has the most of any country.

The Gaul’s populated what is now metropolitan France during the Iron Age. In 51 BC, Rome an- nixed the area, resulting in the creation of a distinct Gallo-Roman culture that laid the groundwork for the French language.

France was a highly decentralized feudal monarchy in the High Middle Ages, with the king’s authority hardly felt. King Philip Augustus was a remarkable success in consolidating royal authority and expanding his empire, more than doubling its size and crushing his opponents. By the end of his reign, France had risen to become Europe’s most dominant country. T

he Hundred Years’ War saw French monarchs engaged in a series of dynastic wars with their English counterparts in the mid-14th century, from which they eventually emerged victorious. During the Renaissance, there were conflicts with Spain and the Holy Roman Empire. Meanwhile, French culture flourished, and a global colonial empire was created, which would become the world’s second largest by the twentieth century.

Religious civil wars between Catholics and Protestants dominated the second half of the 16th century, severely weakening the nation.

Despite the country’s riches, the kingdom was left in a precarious economic condition by the end of the 18th century due to an insufficient financial model and inequitable taxation structure, as well as endless and expensive wars.

The Seven Years’ War and the American War of Independence were particularly expensive.

Employees are entitled to 30 days of annual leave (working days – jours ouvrables). They acquire the days at a rate of 2.5 vacation days per month, but employers may agree to anticipate the days.

French mothers can receive up to 26 weeks of leave

Fathers living in France have the right to one month of paternity leave.

In France, it is illegal to dismiss someone for violating COVID-19.

Although there is no specific labor regulation governing resignation, it may be made verbally or in writing; however, it is  recommended to provide written notice. Although no specific  period of notice exists, notice should always be given. The  notice time is determined by contract, agreement, or profession-specific practices.

Employers and employees agree on termination criteria for  permanent employment contracts when they mutually terminate.

Economic dismissal is a term that refers to employment losses  caused by economic or technological advancements.

A preliminary dismissal interview must be scheduled for individual dismissals. Within two days to one month of the employee’s termination, the employee must get a letter of dismissal.

The notice period is set by the applicable collective bargaining agreement and the Labor Code, and generally lasts between one and three months.

Probation periods are standard in France and will usually last between one to three months. For more senior positions, three months is more likely to occur. Depending on the collective bargaining agreement, the probation can extend up to five months.

The standard workweek is 35 hours, with a weekly  maximum of 48 hours, and an average of no more than 44 hours over a 12-week period.

Certain executives and white-collar employees are exempt from these restrictions. While the majority of other employees may be required to work more than 35 hours  per week, they must be compensated for the additional  hours, which is typically done through additional vacation time.

In practice, due to the mid-day break, the standard French workday is actually longer than in many other  countries, typically beginning between 8:00 and 9:00 AM and ending at 6:00 PM or later, with an hour-long  or longer break between roughly 12:30 and 2:00 PM.

Employees must take a minimum of 35 consecutive hours of rest over a seven-day period.

Overtime is limited to 220 hours per year, and the workweek is limited to 48 hours, including overtime, which is compensated on a percentage of income basis.

A collective bargaining agreement may establish a higher or lower rate of overtime.

Night work is defined as work performed between the hours of 9 p.m. and 6 a.m.

Night work hours are determined by collective bargaining but cannot exceed eight hours in a 24-hour period or 40 hours on average over a 12-week period.

Outside of standard office hours, employees in France have the “right to disconnect”, which includes not checking, answering, or sending emails.

The French health-care system is largely funded by the government’s national health insurance, and the  country is regarded as having one of  the best overall health-care systems in the world.  In general, the government reimburses patients 70% of their health-care  costs, and 100% in the case of expensive or long-term illnesses. All residents are required to have health insurance, and the premiums are deducted automatically from employees’ pay.

Employers must provide private health insurance to employees beginning  January 1, 2016, in addition to the French Social Security healthcare  reimbursements. The amounts are determined  by the  applicable collective bargaining agreement for each branch (CBA).

Prior to 2018, all PEO, consulting, and technology firms were subject to  the SYNTEC CBA. This has since been replaced by the portage salarial  CBA, under which the employer is responsible for 50% (or €23.50) of the  base coverage of €47 per month in 2017 and the employee is responsible for the remaining 50%.

Employees can add higher levels of coverage and/or coverage for their  spouse/partner for a monthly fee of up to €77, which will be deducted  from their net  pay (the  additional cost is solely the  employee’s  responsibly.

Employees may refuse coverage if they were employed by the organization prior to January 1, 2016, if they are already covered by their  spouse’s mandatory coverage and can provide proof of this yearly, or if  they  are under a fixed-term  employment  contract for  a period of no more than 12 months.

As a general rule, the standard corporate tax rate is 25%

In France, there are two types of visas: a short stay visa (visa de court séjour), which is required for visits of 90 days or less, and a convention d’accueil, for which the employer applies to the French Ministry of Labor, the DIRECCTE (Direction régionale des entreprises, de la concurrence et de la consommation, du travail et de l’emploi), and the authorization is then sent to the French embassy.

A work permit is not required if the employee is from the EU/EEA or Switzerland.

A long-term work visa (visa de long séjour) also serves as a residency permit. The work contract is sent to the French Ministry of Labor’s local division for approval. Once authorized, it is sent to the Office Francais de l’Immigration et de l’Intégration (OFII) for secondary review.

Once authorized, the contract is submitted immediately to the French embassy in the employee’s home country. After 18 months on a long-stay residence permit, applications to bring family members to France may be submitted.

Furthermore, applications for a four-year renewable visa for a passport talent can be made, which is aimed at executives, independent professionals, or employee-level people with the potential to make a significant contribution to the French economy, particularly in intellectual, scientific, cultural, sporting, or humanitarian fields.