Employer of Record (EOR) in Iraq 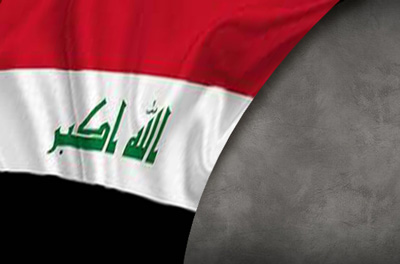 Iraq, officially the Republic of Iraq, is a country in Western Asia bordered on the north by Turkey, on the east by Iran, on the southeast by Kuwait, on the south by Saudi Arabia, on the southwest by Jordan, and on the west by Syria.

The Mesopotamian Alluvial Plain, the northwestern end of the Zagros Mountain range, and the eastern portion of the Syrian Desert are all part of Iraq’s 58-kilometer-long coastline on the northern Persian Gulf.
The Tigris and Euphrates are two major rivers that flow south through Iraq and into the Shatt al-Arab near the Persian Gulf. These rivers offer vast swaths of fertile land to Iraq.
Mesopotamia, the area between the Tigris and Euphrates rivers, is sometimes referred to as the “cradle of civilization.” It was here that humanity first learned to read, write, establish rules, and live in cities under a centralized government, most notably Uruk, from which the name “Iraq” was derived. Since the 6th millennium BC,

the region has been home to various civilisations. The Akkadian, Sumerian, Assyrian, and Babylonian empires all had their capital in Iraq. It was also a part of the Median, Achaemenid, Hellenistic, Parthian, Sassanid, Roman, Rashidun, Umayyad, Abbasid, Ayyubid, Seljuk, Mongol, Timurid,
Safavid, Afsharid, and Ottoman empires.

Until the Ottoman Empire was partitioned in the twentieth century, Iraq was a territory of the Ottoman Empire. Mosul Vilayet, Baghdad Vilayet, and Basra Vilayet were the three provinces that made up the Ottoman Turkish language. Under the auspices of the League of Nations, the British Mandate of Mesopotamia was established in April 1920. In 1921, Faisal I of Iraq created a British backed monarchy to unite these vilayets into one
Kingdom.

In 1932, the Hashemite Kingdom of Iraq declared independence from the United Kingdom. The monarchy was deposed in 1958, and the Iraqi Republic was established. From 1968 to 2003, Iraq was ruled by the Arab Socialist Ba’ath Party. Iraq invaded Iran in 1980, igniting a protracted war that lasted nearly eight years and ended in a stalemate with disastrous losses for both countries.

Saddam Hussein’s Ba’ath Party was deposed from power in 2003 after an invasion by the US and its allies, and multiparty parliamentary elections were held in 2005. The US military involvement in Iraq ended in 2011, but the insurgency in Iraq grew stronger as fighters from Syria’s civil war entered the region. The rebellion spawned ISIL, a highly destructive organization that seized vast swaths of the north and west.hakim.

Bahrain became a protectorate of the United Kingdom in the late 1800s, following successive treaties with the British. It proclaimed independence in 1971. Bahrain, which was formerly an emirate, became an Islamic constitutional monarchy in 2002. Protests sparked by the regional Arab Spring erupted in the country in 2011.

PTO is calculated by the:

Employees are eligible to claim 30 days of fully paid sick leave for every year of service, with a maximum cap of 180 days.

Employees can take 72 days of paid maternity leave if they are working in a company operating in Iraq.

However, the number of days can be increased based on the requirements of the employee.

The Labor Law does not grant fathers paternity leave.  Any parent (male or female) is entitled to unpaid leave for up to three days to tend to a sick child under six years of age.

‍Therefore, you need to have a comprehensive knowledge of the system and its implications.

Following are the grounds of termination laid down by the Labor Law of Iraq:

The employee can terminate the employment contract without giving notice, in the following circumstances:

Employers are required to provide at least 30 days advance notice in writing to employees and pay an end-of-service gratuity that ranges from the equivalent of two to 20 weeks of service depending on length of employment.

If the notice is not given, the employee is entitled to compensation amounting to their salary for the notice period.

A severance payment of two weeks salary for each year of service and one month in case of unjustified termination is required.

The employee can also ask to be reinstated to their position instead of receiving a severance payment.

Probation period can be a month or two, but not more than three.

The minimum rest duration per week is 24 hours.

Overtime is capped atone to four hours per day, depending on the nature of the work.

Overtime performed during the day is paid at a rate of50%, while overtime pay is doubled at night.

You and your employees are both required to contribute to a social  security system that includes health insurance and sick leave.

Employees  who use their sick leave for more than 30 days are covered by their insurance provider.

Any additional employment benefits, such as housing, car allowances,  and meals, are typically determined by your company.

Because the  government does not regulate these benefits, you are free to offer  whatever benefits and bonuses you see fit to attract top talent  to  your company.

Companies in Iraq are imposed a corporate tax rate of 15 percent.

Individuals in Iraq are imposed a  personal income tax rate that ranges  from 3 percent to 15 percent. The  actual percentage depends on the  income bracket the individual  belongs to.

Most nations’ nationals, according to Iraqi legislation, need a visa to visit Iraq. Visitors from some nations, however, are granted a visa on arrival at specific airports, while others are barred from entering Iraq.

The Iraqi government eliminated pre-arrival visa restrictions for nationals of 37 countries on March 15, 2021, enabling people of those countries to apply for on-arrival visas at recognized land, sea, and air border crossings.

The Iraqi government has opened an e-visa website; however, it is unclear if all residents throughout the globe may apply; for the time being, only nationals of Germany, Turkey, and Egypt can apply.

your application has been granted, but it is not required. When you arrive in Bahrain, the passport officer who meets you will have access to your electronic visa.

You should not apply for an eVisa if you want to go to Bahrain with dependents who are listed on your passport. If you qualify for an eVisa, you should instead travel to Bahrain and get a visa on arrival. This visa will cover all your depend- ents at no additional cost.