Employer of Record (EOR) in Jordan 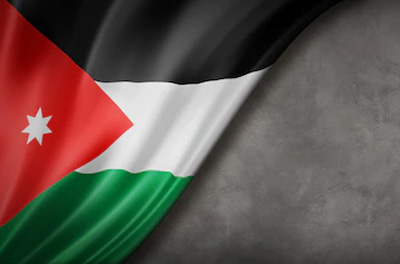 Jordan, officially the Hashemite Kingdom of Jordan, is an Arab country in Western Asia’s Levant region, on the Jordan River’s East Bank.

Saudi Arabia, Iraq, Syria, Israel, and Palestine all border Jordan. The Dead Sea runs along its western boundaries, and in the extreme south-west, the nation has a 26-kilometer coastline on the Red Sea.

Jordan is strategically located at the intersection of Asia, Africa, and Europe. Jordan’s capital, Amman, is the country’s most populous city as well as its economic, political, and cultural hub.

Humans have lived in Jordan since the Paleolithic period. At the end of the Bronze Age, three prosperous kingdoms emerged: Ammon, Moab, and Edom.

The Ottoman Empire was partitioned by Britain and France after the Great Arab Revolt against the Ottomans in 1916 during World War I.

Jordan gave up its claim to the land in 1988, and in 1994, it became the second Arab country to sign a peace treaty with Israel. Jordan was one of the founding members of the Arab League and the Organization of Islamic Cooperation. Although the sovereign state is a constitutional monarchy, the king wields extensive executive and legislative authority.

Jordan is a semi-arid country with an area of 89,342 km2 and a population of 10 million people, making it the Arab country with the 11th largest population.

The dominant religion is Sunni Islam, which is practiced by approximately 95% of the population and coexists with an indigenous Christian minority.

Jordan has been referred to as an “oasis of peace” in a volatile area on several occasions. It has largely escaped the unrest that erupted in the aftermath of the Arab Spring in 2010.

Jordan has been accepting refugees from a variety of conflict-torn neighbouring countries since 1948. According to a 2015 census, Jordan has 2.1 million Palestinian refugees and 1.4 million Syrian refugees.

Thousands of Iraqi Christians fleeing ISIL persecution have sought asylum in the kingdom. Jordan continues to welcome refugees, but the recent massive influx from Syria has put significant pressure on the country’s finances and infrastructure.

Jordan is rated as a “high human growth” country with an “upper middle income” economy. Jordan’s economy, despite being one of the smallest in the country, is attractive to foreign investors due to its skilled workforce.

Employees are given 14 to 21 days of paid annual leave each year.

Every worker is entitled to fourteen days a year of sick leave with full pay on the basis of a report by the medical practitioner approved by the establishment.

Women workers are entitled to maternity leave with full pay for ten weeks including rest before and after delivery. Leave after delivery shall be no less than six weeks long and employment before the expiry of such a period shall be prohibited.

After expiry of the maternity leave period every woman worker is entitled, within one year of delivery, to take time off with pay for the purpose of nursing her newborn baby, provided that total time off does not exceed one hour a day.

Employees who are fathers are entitled to up to three days of  paid paternity leave.

The employment contract may be terminated by either the  employer or the employee. It may be ended if all parties  agree, the contract has expired, the task has been finished,  or the employee has died or become incapacitated, as  documented by a medical report.

Employers are exempt from the foregoing restrictions,  however, if it is discovered that the employee was hired by  another company during any of these breaks. Employers are  obligated to provide terminated employees with an end of  service certificate that includes the employee’s name, job  description, and start/end dates of employment.

The party initiating the termination must present the other  party with a written termination notice at least 30 days before  to the exit date, which cannot be retracted unless all parties  agree. The contract shall remain valid and the employee shall  be entitled to their salary during this notice period.

In certain circumstances, an employee may resign without  giving notice and still be entitled to end of service  remuneration.

If the employer ends the fixed-term period contract prior to its  expiration, or if the employee terminates it for any of the  reasons listed above, the employee retains all contractualr rights, benefits, and earnings until the termination notice  period expires.

Employers in Jordan are not required to provide bonuses.

Jordan’s legislator has established a two-year probation  period for public employees, during which time the public  administration must make a hiring decision.

The standard workweek consists of 48 hours spread across five days and eight hours per day. Fridays and  Saturdays have traditionally been considered Jordan’s  official weekends. The total number of work and rest  hours per day cannot exceed 11 hours.

Overtime is paid on a percentage of the employee’s wage rate and is limited to 30 days per year.

In Jordan, CIT rates are imposed depending on the industry/business  activities from which the taxpayer derives revenue.

The CIT rates are as fol-  lows, according to the income tax law:

Telecommunications, insurance and reinsurance businesses, financial  intermediation companies (including exchange and financing leasing  companies), organizations that produce and distribute energy, and  enterprises that engage in mining raw material operations are all imposed a 24 percent tax rate.

Other businesses are subject to a 20 percent tax rate.

Jordanian resident companies are not subject to CIT on their global revenue  unless such money is derived from Jordanian deposits and funds, in which  case the income is taxed at a rate of 10%.

All net revenue earned by  overseas branches of Jordanian resident companies is taxed at a set rate of  10%.

A general sales tax, comparable to a value-added tax (VAT), is levied at a rate of 16% on the following transactions:
Sales of products, services, or a combination of the two.
Importing any service or products from outside Jordan or from Jordan’s free zone regions and marketplaces.
Certain goods are taxed at a higher rate. Export sales of products and services outside Jordan, free zone regions and marketplaces, the Aqaba Special Economic Zone (ASEZ), and development zones are taxed at zero percent.
Bread, water in less than five liters, tea, sugar, gold, money, and electricity are all free from sales tax.

Jordan visa policy details which nations do not need a visa to visit the Hashemite  Kingdom of Jordan and who may enter the country without one. Whether or not  a visa is necessary for Jordan, foreign residents must produce a passport valid  for at least 6 months beyond the desired stay, with at least 2 blank pages, in  order to enter the Kingdom. There is currently no restriction on Jordan visas for  nationals of other nations.

Residents of Lebanon and inhabitants of the European Union (excluding Croatia)  arriving by direct aircraft to Aqaba Airport may display their national identity  cards.

The sole exemption is for foreigners travelling from Jordan to Iraq, who  must have a round-trip non-refundable ticket.

Currently, nationals of up to ten countries, including citizens of all Gulf Cooperation Council members, may visit Jordan without a visa for periods ranging from  one month to three months, depending on their nationality (GCC).

All other foreign residents, in addition to an eVisa, must get a visa before to  arrival in Jordan, whether it is a visa on arrival at an immigration booth at the  border or an embassy visa from a Jordanian diplomatic post.

The Jordan Pass is a streamlined online tourist package that includes the Jordan  electronic visa, which eliminates lengthy waits at Jordanian border crossings for  visa on arrival applications. It is also intended to enable for faster entrance into  Jordan through Jordanian immigration checkpoints.

To travel to Jordan for reasons other than tourism, a visa must be obtained from  the closest Jordanian embassy or consulate. Furthermore, foreign citizens who  are not eligible for Jordan visas online, up to around 80 countries, must apply for Jordan visas at Jordan’s embassy, regardless of their reason of visit or  planned length of stay.

More than 230 nations, including those who enter the Kingdom

a electronic visas, visas on arrival, or embassy visas, need an authorized  tourist visa to enter the Kingdom. For anyone planning a tourist trip to Jordan, an  accelerated electronic application for Jordan Pass, which enables 140 nations to  receive an electronic visa, is now available.

The Jordan Pass is a travel package  that waives visa costs for tourists visiting at least three nights in Jordan. It also  offers free admission to over 40 of Jordan’s most popular tourist destinations.

A Jordanian tourist visa may be acquired in just a few minutes using the  computerized system, and the application procedure is fast and simple. After  completing the application, the applicant will get his Jordan Pass through email,  both as a PDF and as a QR code, which he may use to obtain access at  immigration checkpoints.

Around 80 nations are unable to apply for Jordanian tourist evisas and must get  embassy visas for tourism in advance from the Jordanian diplomatic post closest  to them.