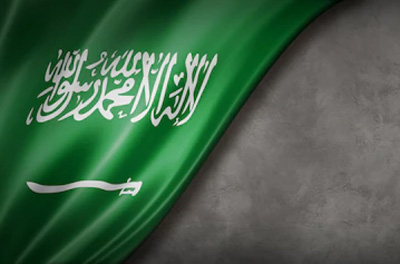 Saudi Arabia, officially the Kingdom of Saudi Arabia, is a Western Asian nation that occupies the majority of the Arabian Peninsula.

Saudi Arabia is the only country in the world with coasts on both the Red Sea and the Persian Gulf, and its landscape is mostly made up of arid desert, lowland, steppe, and mountains.

Saudi Arabia’s economy was the largest in the Middle East and the 18th largest in the world as of October 2018. Saudi Arabia also has one of the world’s youngest populations, with about half of its 34.2 million people under the age of 25.

The land that now makes up Saudi Arabia was once home to several ancient cultures and civilizations. Saudi Arabia’s prehistory contains some of the world’s earliest evidence of human activity.

Modern-day Saudi Arabia is the birthplace of Islam, the world’s second-largest religion.

The Islamic prophet Muhammad brough the people of Arabia together and established a single Islamic religious polity in the early seventh century.
Following his death in 632, his followers quickly spread Muslim rule beyond Arabia, capturing vast and unparalleled swaths of land in a matter of decades.
The Rashidun, Umayyad, Abbasid, and Fatimid caliphates, as well as various other dynasties in Asia, Africa, and Europe, were established by Arab dynasties originating in modern-day Saudi Arabia.

Through a series of conquests, he unified the four regions into a single state, starting in 1902 with the capture of Riyadh, the ancestral home of his ancestors, the House of Saud.
The Wahhabi religious movement within Sunni Islam has been dubbed “the dominant characteristic of Saudi culture,” with its global expansion largely funded by the oil and gas trade.

Since then, Saudi Arabia has become an authoritarian absolute monarchy ruled by an Islamist hereditary dictatorship.

The two holiest mosques in Islam, Al-Masjid al-Haram and Al-Masjid an-Nabawi, are often referred to as “the Land of the Two Holy Mosques.” Arabic is the state’s official language. On March 3, 1938, petroleum was found, followed by several other discoveries in the Eastern Province.

Employees who have worked for one year are entitled to 15 days of paid vacation every year. This entitlement is enhanced to 21 days per year after ten years of service.

In addition, the employee is entitled to 10 days of unpaid leave each year, subject to the agreement of the employer.

In accordance with Article 117 of the Labour Law, employees are entitled to 120 days of sick leave per year as below:

Female workers shall be entitled to fully paid maternity leave for a period of 10 weeks to be divided at the female worker’s discretion. Such period may start four weeks prior to the expected date of delivery.

Medical expenses related to pregnancy and delivery must be paid by the employer. Fathers are eligible for three days of paid paternity leave.

There are no provisions in Saudi Arabian law regarding parental leave.

In Saudi Arabia, employers must provide a valid reason for  terminating an employee; otherwise, the company may be  obliged to pay compensation established by the labor  commission or to reinstate the employee.

If the termination is initiated by the employee, the employee’s  final earnings must be paid immediately.

The employer has to give no less than 60 calendar days‘ notice in writing. If the employer does not follow those rules, the KSA labor court may award the employee invalid termination compensation that would be payable in addition to the employee’s statutory and contractual entitlements.

The country also has a generous severance pay, which is 15 days of wages for an employee’s first five years of work, then a full month of wages for every year after that.

The standard workweek is 48 hours long and eight hours long each day. However, Muslims’ working hours are reduced to 36 hours per week and six hours per day during the month of Ramadan. Female employees are not breaks for prayer and lunch that are not included in the half-hour rest period. permitted to work evening shifts.

On Fridays, the employee is entitled to 24 hours of rest. A rest period of at least half an hour per day is required during the workday, provided the employee does not work more than five consecutive hours without a break.

Additionally, the employee is entitled to additional.

Daily working hours are limited to 11 hours. Overtime  pay is compensated at 150 percent of the basic rate  for hours worked beyond the regular working hours and during holidays.

Saudi nationals have access to free medical  and hospital treatment via the state system.  Supplemental health insurance is usually given as a benefit to expatriate workers.

There is no personal income tax in Saudi Arabia. A flat income tax rate of 20% is applied to the tax-adjusted profit of resident non-Saudi and non-GCC individuals.

A third-party national must be sponsored by an employer for an employee to get a work visa in Saudi Arabia. The employer must be registered with the Ministry of Interior, and a file containing all information on the employer’s foreign workers is opened. Saudi Arabia’s quota system and nationalization program might make hiring a foreign national difficult and time-consuming. The applicable processes include a consular process in the home country, followed by many post-arrival formalities before ultimate resident rights are granted.

When a business traveler receives a government-approved letter of invitation from a sponsor in Saudi Arabia, they normally apply for a Business Visit Visa at a Saudi consular post. Business Visit Visas are typically valid for three months (single-entry), 12 months (multiple-entry), or up to five years (multiple-entry) for nationals of countries with whom Saudi Arabia has signed bilateral visa arrangements. The maximum permissible stay under a single-entry visa for three and six months is 30 days; for visas with other validity periods, the maximum allowable stay is 90 days.

In Saudi Arabia, there is no longer a short-term employment option; for long term labor, foreign nationals may apply for a Work Permit and Resident ID Card, which is valid for up to one year with the potential of extension.
Citizens of Bahrain, the United Arab Emirates, Kuwait, and Oman are exempt. Citizens of these nations may enter with their passports.