Employer of Record (EOR) in Qatar 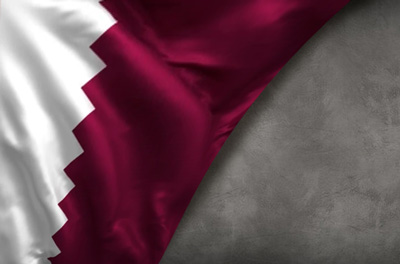 Qatar, officially the State of Qatar, is a nation in Western Asia that occupies the tiny Qatar Peninsula off the Arabian Peninsula’s northeastern coast. Its only land boundary is to the south, with Saudi Arabia, a member of the Gulf Cooperation Council, and the rest of its territory is surrounded by the Persian Gulf.

Qatar is separated from Bahrain by the Gulf of Bahrain, a Persian Gulf inlet.

Qatar’s official religion is Islam. The nation has the world’s third-highest GDP per capita and sixth highest GNI per capita in terms of revenue.

The United Nations has designated Qatar as a country with very high human growth, ranking it third in the Arab world after the United Arab Emirates and Saudi Arabia in terms of HDI.

Qatar is a World Bank high-income economy with the world’s third-largest natural gas and oil reserves.

Qatar has been governed by the Thani family since Mohammed bin Thani signed a treaty with the British in 1868 recognizing the country’s independence.

Qatar was a British protectorate from the early twentieth century until 1971, when it gained independence from Ottoman rule. The constitution was overwhelmingly adopted in a referendum in 2003, with nearly 98% of the vote in favor.

Qatar became a major force in the Arab world in the twenty-first century, thanks to its internationally expanding media group, Al Jazeera Media.
Network, and its alleged financial support for many rebel groups during the Arab Spring. Qatar wields disproportionate influence in the world for its scale and has been labelled a middle force.

Employees are entitled  to  50 days of  paid leave, which can begin before the  birth of the  child.

There is no statutory paternity leave, but many companies offer fathers 3 to 5 days of paid leave.

There  are no provisions regarding parental leave in Qatar  labor laws.

Only Muslim employees are eligible for Hajj pilgrimage  leave, which lasts two weeks and is paid once during the  working time.

The notice period is thirty (30) days, and if it is more than two years, it will be sixty (60) days. If the workers did not comply with the provisions of this article and left the country, they may not be granted a license to work for a period of one year from the date of departure.

Employees who resign from their positions are entitled to EOSB (end of service benefits). These benefits are mutually agreed upon by the employer and employee and must account for at least three weeks of the employee’s gross salary for each year worked.

The probationary period in Qatar should not be longer than six months.

Qataris have access to healthcare that is either free or highly subsidized. Expats will often need additional insurance.

Some workers  may also bargain for educational benefits for their children in Qatar.

Unless expressly excluded, an entity is taxed in Qatar if it generates Qatar-source revenue, regardless of where it is incorporated.

With some exclusions, taxable income is usually subject to a flat (CIT) rate of  10%.

There is no tax on personal income. This means that employees take home their wages and salaries without any tax deducted.

Currently, no VAT or sales tax is levied on activities in Qatar. VAT, on  the other hand, is anticipated to be implemented in Qatar soon within a single GCC framework. The tax rate that is expected is 5%.

Work permits are necessary when an employee only needs to job in Qatar for a  brief amount of time, depending on the sort of work to be performed.

Qatar has launched “Qatarization,” a government-led strategic plan to offer  employment for its inhabitants in both the commercial and public sectors, and to  prioritize Qatari natives over foreign workers when it comes to job prospects.

If a Qatari company want to recruit an employee from another country, they must  first acquire approval from the government.

All workers, except for Qatari and GCC citizens (who need just a work permit), must have a resident visa and work permit sponsored by their employer in order  to lawfully work and remain in Qatar (which must have an entity established in  Qatar).